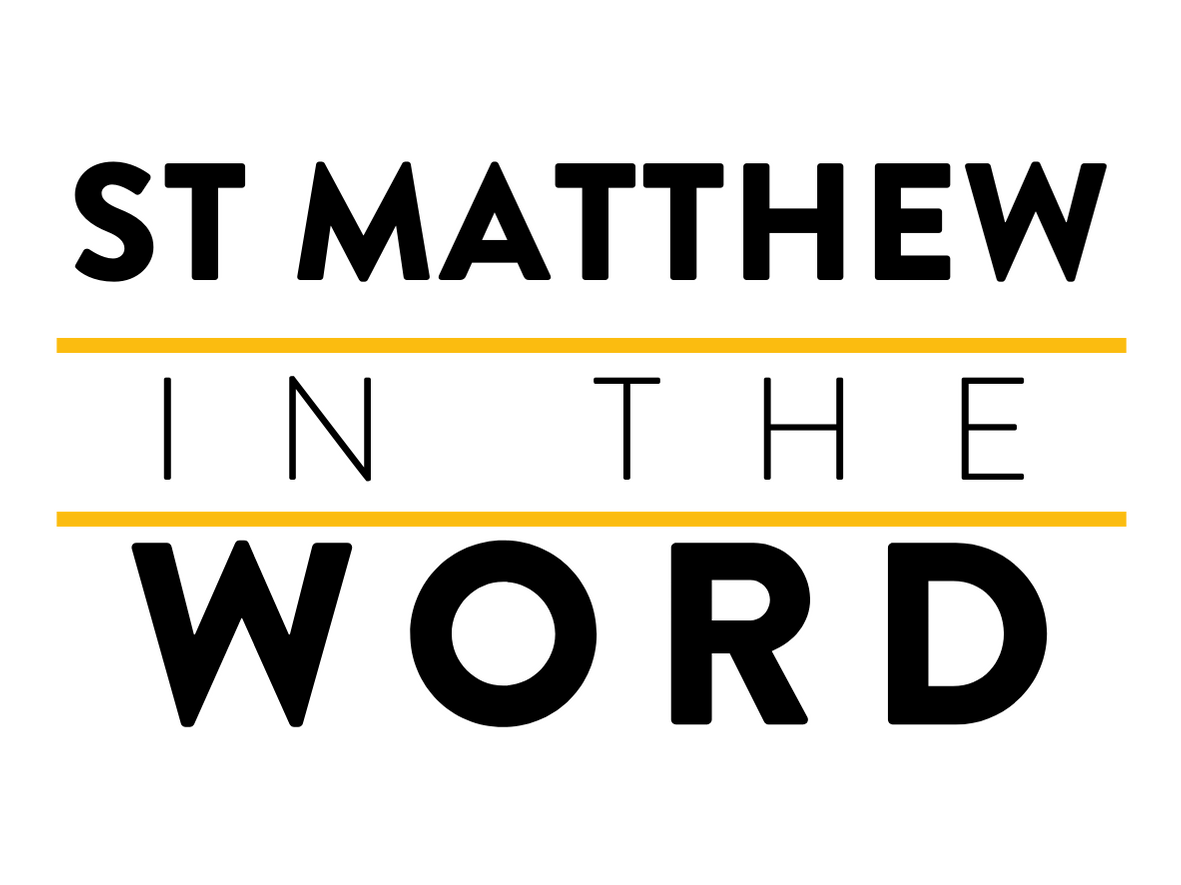 IN THE WORD AND GROWING TOGETHER

WELCOME TO THE WORD

God speaks to us through His Word – we just have to listen! The words on the pages of your BIble or on the screen of your Bible app are the very voice of God and in those words, we hear the amazing story of God’s love for us.

At St Matthew, we want to be in the Word and growing as followers of Jesus and we’re starting a brand new, all-church focus on getting into and growing in the Bible. For 40 weeks in 2020 and 2021, we’re going to walk through the Old Testament. No, we won’t cover every chapter and verse of the Old Testament but we’ll hit some important highlights of the story of God’s love and faithfulness in its pages.

The schedule included here spans the first 10 weeks. Towards the end of each quarter, we’ll publish the list of the next readings.

Spending time in the Word doesn’t have to be a chore and we don’t have to feel lost trying to figure out where to start. Use the Triple Play as you read with your family, your small group, or even in your personal devotion times!

Highs and Lows: Start by sharing at least one high and one low from the day. Don’t skip this step!

Daily Dig: As you read the text of the week, customize your experience with resources found here to help you grow!

Pray: Take time to pray about the highs and lows and what you’ve read. Give thanks for the highs, ask for help in the lows, and pray for God’s Word to be alive in you each week!

Make the Daily Dig Your Own

People learn in a variety of ways so we’re making it easy to customize and enhance your time with God’s Word in the Daily Dig. Use these options as you do the Triple Play:

The heart of St Matthew In The Word is actually being in the word! If you only have limited time each week, do this one! You’ll spend time in God’s Word and God will bless that. For families with younger kids, we have copies of The Story Bible available that can make reading the Bible come alive with lots of pictures. (The headings for each week on the reading plan correspond to the chapter titles in The Story Bible.)

We’ll share a video or other resources on our website and social media that will help you go deeper and understand the passage for the week. Audio versions are also available to subscribe in your favorite podcast app.

We’ll share some ideas for things you can do as you put God’s Word into practice each week: family activities, service ideas, journaling patterns, and more!

Devotions From People Around St Matthew

Each week, we’ll publish a devotion on the passage of the week written by someone from St Matthew.

If using The Story Bible with kids as you read, the weekly headings match the chapter titles.

Download a printable PDF to stick in your bible. 

A lot has happened in the story so far, but it’s still just beginning! God’s good creation was broken by sin that spiraled out of control. The Flood gave a bit of a fresh start, but humanity still failed and it was clear that sin was more than we could overcome on our own. God chose one man, Abram (later Abraham) and made a promise to him: he would father a nation that would bless the world.

In our readings this quarter, we watch as that promise begins to take root. The great-grandson’s of Abraham follow Joseph to Egypt and settle down there. Joseph’s position and connections ensure that they are well taken care of in the midst of the famine and they quickly grow into a nation. But the twists and turns keep coming.

What starts as a safe haven in the midst of a region-wide famine turns into a hostile relationship and the children of Israel being enslaved at the hands of the Egyptians. With Jacob and Joseph long gone, their favor with Egypt’s leadership is gone now, too. But a deliverer is coming: Moses.

God calls a reluctant Moses to confront Pharaoh and lead His people to freedom. God’s power is on full display as He dramatically frees them from slavery and leads them to freedom toward the land that God has sworn in a covenant to give to Abraham’s descendants. But in what will become an enduring theme not just for the Israelites but for humanity as well, they have a hard time being faithful to God and trusting His promises to them.

But God remains faithful and patient with them and they eventually reach their destination. Now, there are new opportunities to trust God. The pagan nations living in the land will be removed and God promises victory to the Israelites even though that victory is going to come in some strange looking ways (who would think that trumpets would be a weapon of war?).

Each week, new resources will be posted right here for you to customize your time in the Word. Use the resources or suggestions that work for you and your family. 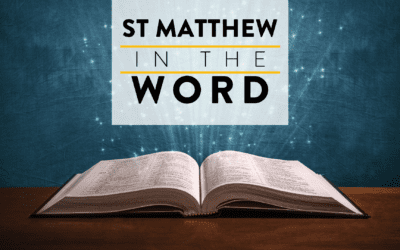 END_OF_DOCUMENT_TOKEN_TO_BE_REPLACED

St Matthew in the Word Activity Kits – Round 2

We have the next round of take-home activities for kids that we would...